How will the 2016 presidential race impact your nonprofit? 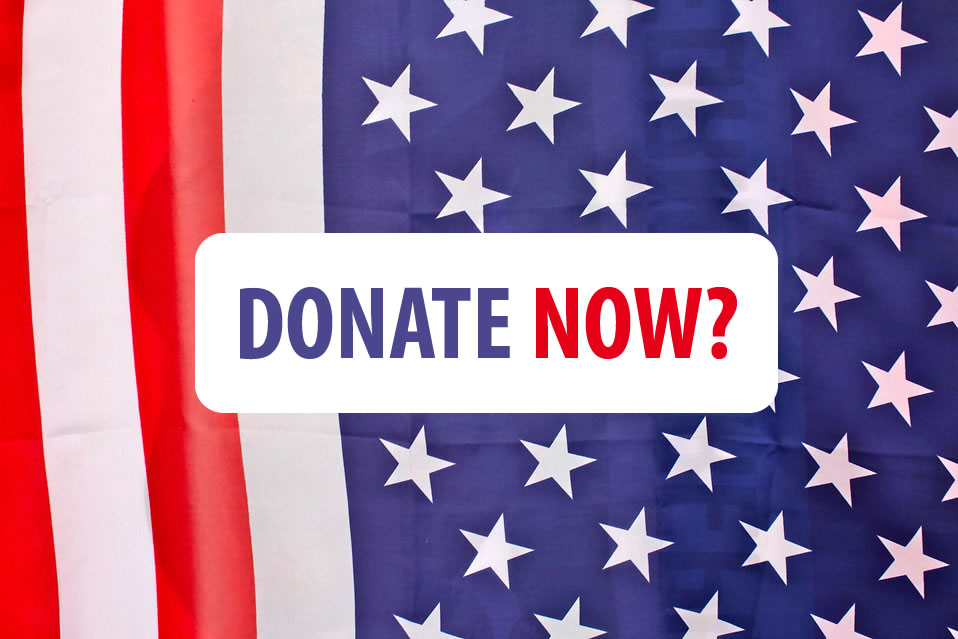 Anyone who tells you that the election won’t have much impact on charitable giving is likely fomenting a dangerous sense of complacency.

Sure, a recent study shows that the 2012 race barely moved the needle for non-political fundraising. But how short are our memories? Every presidential election cycle has been different. Sometimes really different.

Remember the Bush-Kerry race in 2004? You don’t need to go back further than the last decade to find an example of how an angry America threw money at the candidates—and arguably sidetracked charitable giving in at least some important nonprofit sectors.

So every four years we must ask … how passionate is the electorate this time? Are Americans pouring money into campaigns because they feel strongly? Is it a close race—or a yawn because one candidate has such a whopping lead? Is it dominating the news cycle every hour of every day—not only pulling money from our donors, but also distracting them all the way into early November? And last but far from least, which side—progressive or conservative or both—is fired up, and how does that line up with your donor constituency?

Let’s face it: The 2016 presidential race has all of the hallmarks of one of the most distracting and potentially diverting for nonprofits that we’ve seen in our lifetime.

So as we fly toward the fall, it’s time to take a fast and hard look at our fundraising timing and tactics—and even our expectations for any election-related collateral damage. A few of the things to consider?

Timing. The one thing we know now with a fair degree of certainty is that any campaigns delivering into those final days and hours leading up to November 8 are likely to take a hit. Depending on who winds up winning the election, and any particular leanings of your constituency, the days immediately following might not be much better. It’s tough to create a window in the prime fall fundraising season, but look at the calendar and see how you can carve out some space during at least those few critical days in November.

Messaging. Unless you are an issue-oriented nonprofit or advocacy group, you might think that who is in the Oval Office doesn’t have much impact on your mission and your needs; it’s unlikely you’ll need to radically re-think the way that you frame your case and market your mission. But be sure to dig a little deeper. There can be surprising ways to account for—and even leverage—the upcoming changes in the political landscape. No matter who wins, there will be changes in priorities, policies and goals for government spending. Just one example? A health care nonprofit might want to be ready to respond to promises to gut (or expand!) the Affordable Care Act. I’m happy to report that I already hear a few nonprofits planning to have two very different sets of messaging ready to roll after November 8, depending on the outcome. Good thinking!

Impact. A number of charities are already reporting puzzling downturns in their fundraising results, especially in traditional direct mail campaigns. Of course, there could be half-a-million reasons behind poor performance, and it’s wise to be awfully careful not to start reaching for excuses. But as the headlines scream about the “flood of donations pouring into presidential campaigns,” it’s not such a stretch to wonder if we’re already feeling it.

Lessons. As always, there is a beautiful and breathtaking amount to be learned by closely following the tactics of election-campaign fundraising. Some of the most brilliant minds in the field are in the driver’s seats, and we’ve already seen extraordinarily clever techniques being employed in both email and social media.

No matter who you support or where you stand, you can at least benefit the good cause for which you work. Some say that absolutely nothing good can come of this race. There’s at least one way you can prove them wrong.