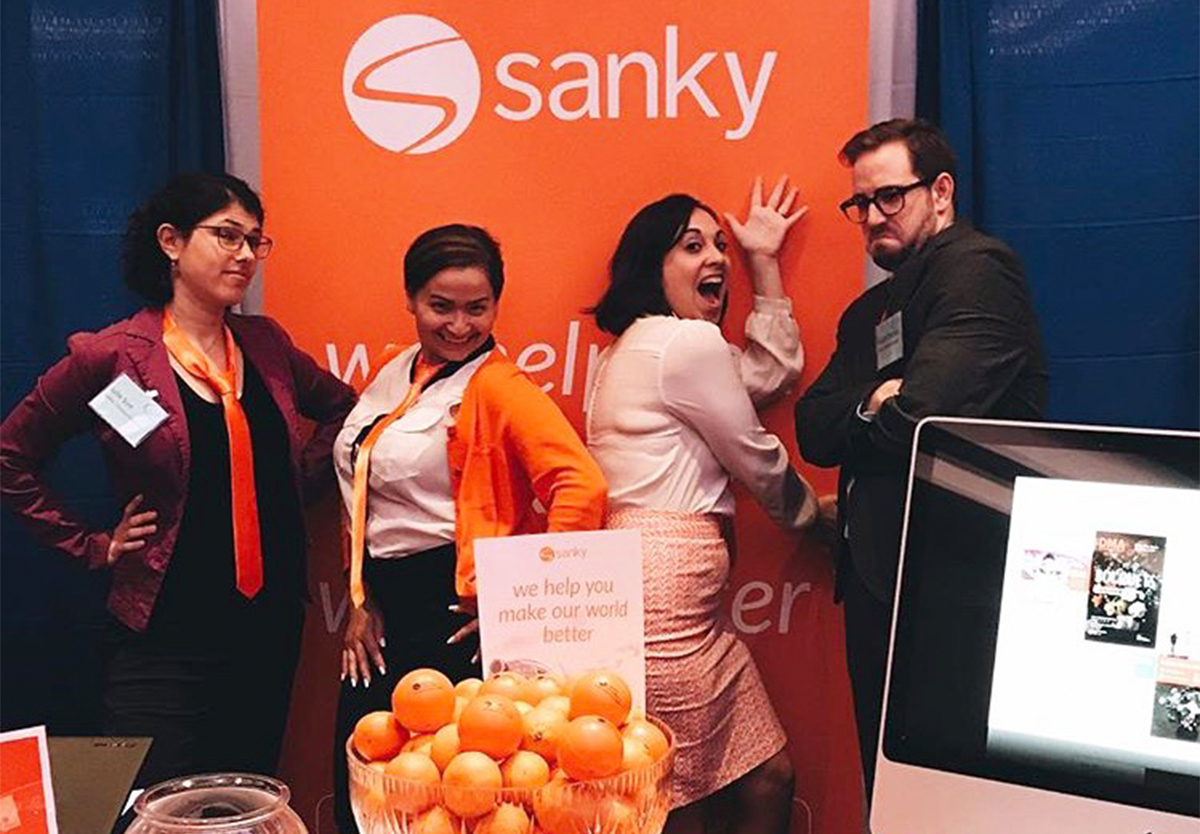 My registration shift ended right in the middle of the first session, so I decided to check out the Solutions Center and visit the booths. Our own Sanky booth was filled with orange in the form of tangerines, stress balls, and neckties on our always-helpful representatives, but it was quickly apparent that the Pier Sixty, LLC booth would have the biggest crowds thanks to their doughnut towers. 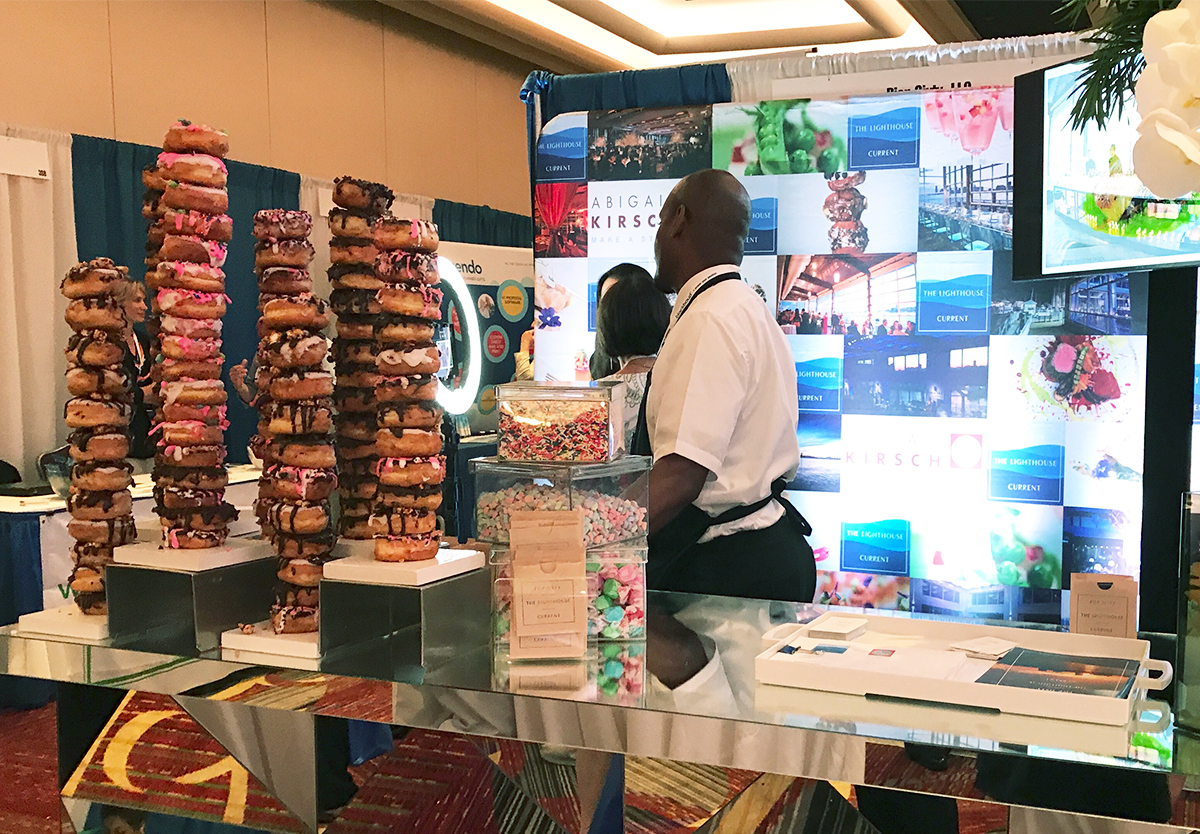 I moved on to the “Women: Philanthropy’s New Power Players” session, which was my favorite of the day. I noted lots of great points during this session, but my three key takeaways were these:

Next up was lunch, where the Rt. Hon. David Miliband, President and CEO of International Rescue Committee, gave an inspiring speech outlining how fundraisers are the unsung heroes of NGOs. His work with refugees in the United States and around the world has given him a deeper perspective on how charitable gifts and activism can impact a person’s life as well as a community’s prospects.

After lunch, I attended the “State of the Sector: Money and Mission in a New Political Era” session, which discussed fundraising in our new, uncertain political times. Here are three key takeaways from that session:

I ended my day at the “Truth or Consequences in Online Fundraising” session with Sanky’s own Paul Habig and Harry Lynch, as well as Covenant House’s Carla Chadwick. The team posed a question to the crowd, who were instructed to guess if it was true or false. It was exciting to see a room full of people engaged in digital fundraising – and to see how many people were excited about the work we're doing here at Sanky Communications. Here's one of my favorites to keep you pondering: The most powerful and effective techniques are often the least exciting. (This is true, by the way! List hygiene is more important than ever, appends and ECOAs tend to show positive return on investment within 12 months and liftnotes over email resends often out-perform the original email.)