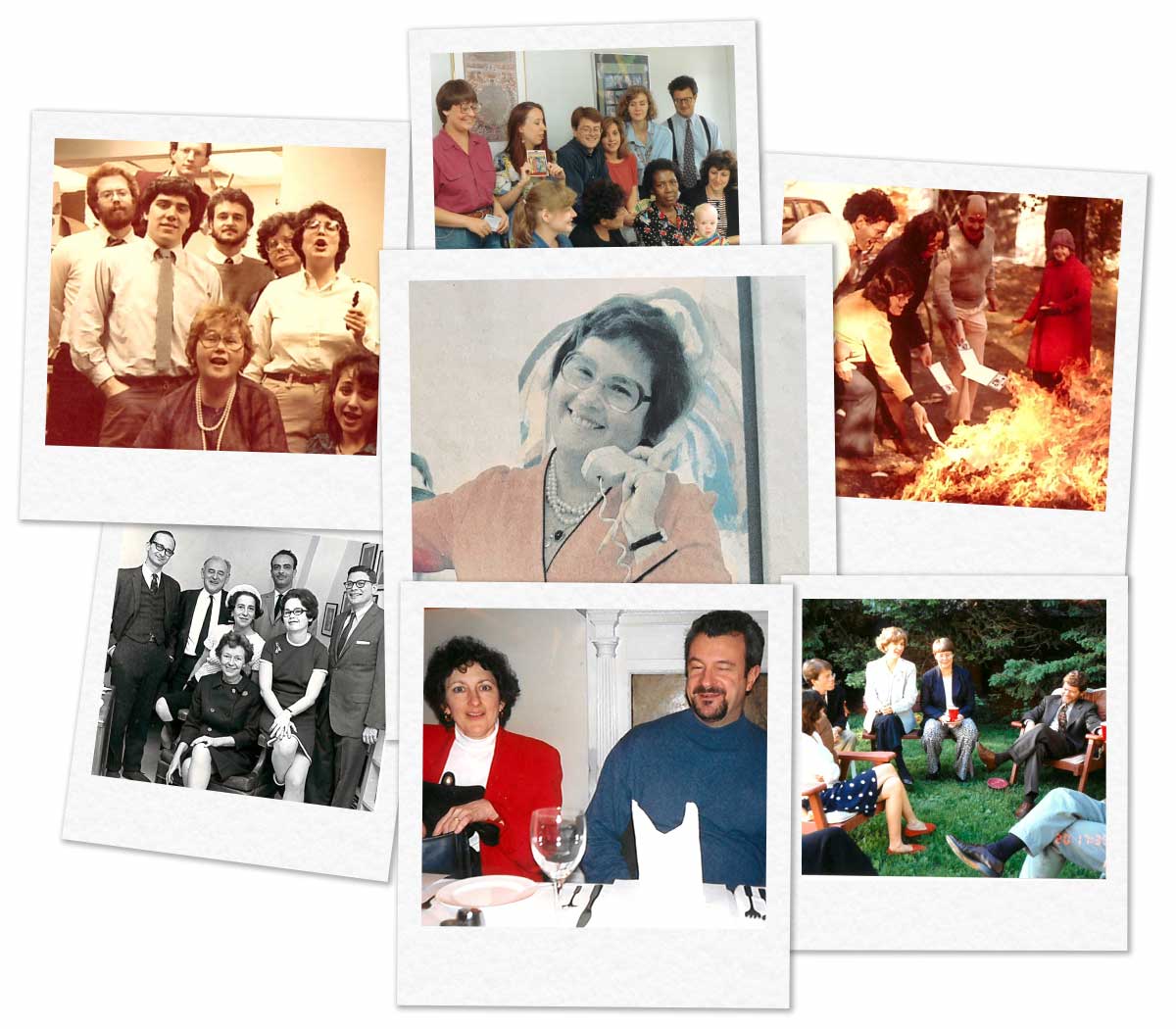 Maintaining a company’s legacy while pushing for innovative ideas in a competitive market is no easy task. We interviewed Sanky’s CEO, Harry Lynch, to learn the story behind how he came to know the agency’s namesake, Selma “Sanky” Perlowin, who inspired him to lead Sanky Communications Inc., and help guide fundraising into a new digital realm.

“I still don’t quite understand what it is that you do…” was the phrase Harry kept wanting to say (but ultimately kept in his head), while riding the Staten Island Ferry in an impromptu interview with Sanky. Harry moved to New York City in 1980 after graduating from Vassar College with a liberal arts degree during one of the highest unemployment rates since the great depression. Though he majored in History, Harry found gigs playing piano in cocktail bars and slept on the floor in friends’ apartments while searching for full-time work.

After having little luck going through the Vassar College alumni roster, he eventually came across one final card that read “miscellaneous,” and gave the mysterious person a call out of curiosity. The rest, they say, is history! That same afternoon, Harry and Sanky made their way to the Paramount Pictures building in the middle of what was then a very rundown and seedy Times Square. “Well, you might as well start working now…” Sanky said after chatting with Harry in her office for a little while.

Sanky Perlowin helped change the world with her tote bag filled with papers and another stuffed with food from Zabars. She was affectionately nicknamed “The Shopping Bag Lady” for the tote bags she often sported to client meetings. Sanky was a bold woman – very ahead of her time – who had a passion for helping nonprofit organizations raise money, and she truly believed in the work of her clients. Sanky started out working at Harold Oram group, one of the few premiere and well-known fundraising consulting agencies at the time, when women seldom ventured beyond the title of secretary in the field. In the early years of fundraising, it was a man’s world – but this hardly deterred Sanky. While she always dreamed of becoming a novelist, Sanky used her innate creativity as fuel to compete in what was a male-dominated profession. She even faced institutional barriers like being paid less than her male counterparts. But this did not stop her from outperforming them. As Harry remembers, she was the “quintessential example” of someone who built their own road. After years as an account executive at Oram, Sanky was approached by a young temp at the firm and recent college grad, Jordan Bach, with the idea of starting an independent agency. Setting up shop in her Upper West Side apartment full of filing cabinets and scattered papers, Sanky founded her own full-service fundraising consultancy in 1977. Her mission was to assist nonprofit partners with special events, grant writing, public relations, and her specialty: direct mail.

In the agency’s early years, fundraising was still a somewhat obscure, precarious field of work. As a fabulously creative fundraising generalist, Sanky developed her agency’s reputation as a leader in direct mail by proving its effectiveness. In a profile written about her in Ms. Magazine, Sanky recalled the excitement she felt when a campaign she launched for Planned Parenthood brought in a check for $100,000! She was one of many trailblazers in a network of what would eventually become the Association for Fundraising Professionals (AFP).

Sanky worked her charm and wit to acquire some of New York’s major charities, such as Recording for the Blind, Freedom from Hunger Foundation, and the Margaret Mead Fund of the American Museum of Natural History. Harry accompanied her to meetings and helped develop campaigns. Eventually, he became the main point of contact for many of the agency’s major clients while Sanky was in and out of the hospital periodically over the next four years. These successful campaigns solidified Sanky’s legacy of being able to move progressive issues forward by energizing supporters using tried-and-true fundraising techniques, along with the latest and greatest – something the agency continues to do today. The Sanky team was an early adopter of providing digital services to nonprofit clients in the fundraising space at a time when many were skeptical of its relevance.

Sanky also promoted a culture of family at her agency and with her clients. From the annual office latkes bake-off to the spread of Zabars’ pastries she would bring to meetings, Sanky knew the importance of breaking bread. Described by those who knew her as “personal, charming, and lovable,” Sanky was excited by her work, and it had a profound effect on those around her. Throughout the agency’s history, many people have devoted their careers to continuing and expanding upon Sanky’s legacy.

Needless to say, the Sanky team is still a close-knit family. Built upon this organizational culture of family and friendship were the building blocks of innovation and passion. In our office lives a collage of pictures that show Sanky Perlowin exhibiting the heart, energy, and passion that she transferred into her work for her clients. Even though she passed away in the agency’s early years, Sanky’s legacy and name remain palpable.

We won big at the DMFA Awards!