We Won Best Digital Campaign at the 2022 DMFA Awards! 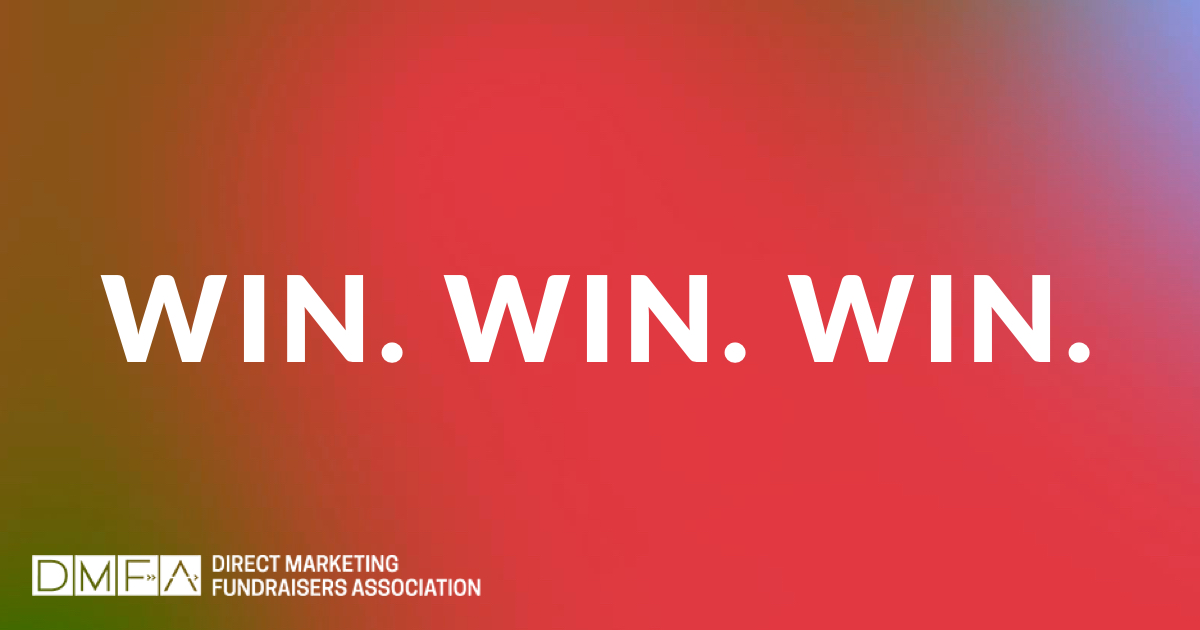 To quote the iconic DJ Khaled: Another one! Sanky is adding yet another trophy to our shelf — and at this rate, we’re going to need more shelf space soon. We were just awarded Best Digital Campaign at the 2022 DMFA Awards for our work on San Francisco SPCA’s Giving Tuesday campaign.

The prestigious DMFA Awards gives the fundraising community the opportunity to showcase their very best direct mail, multi-channel, and digital fundraising efforts. Winners in each of these categories are voted on by their peers, which makes it an extra special award to win.

We all know that if you’re a nonprofit organization hoping to stand out on Giving Tuesday, you need a competitive edge to set yourself apart. Fortunately, SF SPCA (say that five times fast!) had two this year: adorable animals and a $100k match! Through a five-email campaign arc, we urged prospective and current donors to dedicate Giving Tuesday to animals in need while their gift would automatically double in value. 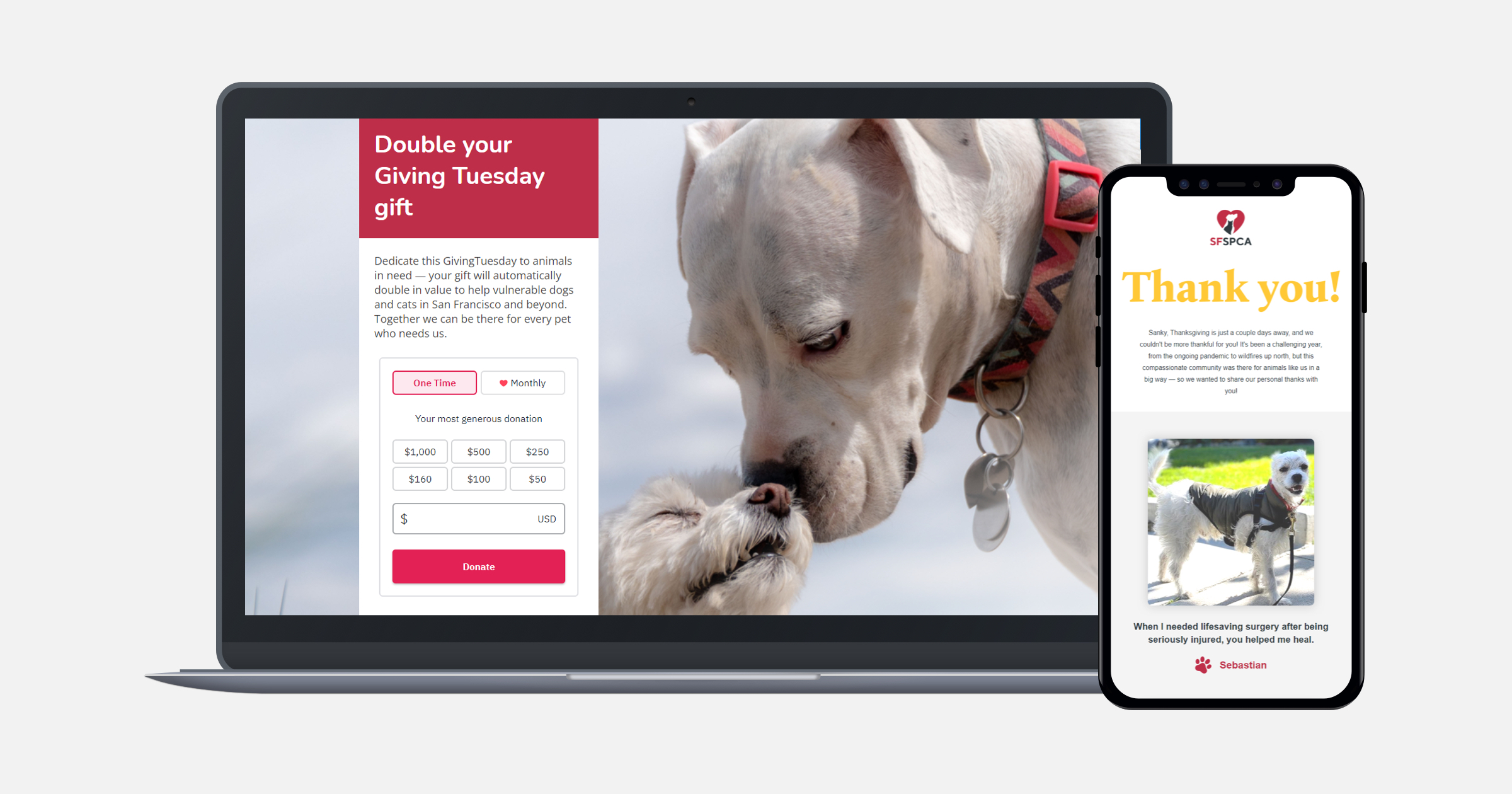 We kicked the campaign off with an adorable Thanksgiving cultivation email, featuring personal thank you messages “sent” by the pets themselves, and we followed that up with our first email appeal: an announcement the day before Giving Tuesday, urging people to be one of the first to double their love for pets in San Francisco and beyond. We coordinated the next few appeals to drop throughout Giving Tuesday, ramping up in urgency as the midnight deadline approached. One of the final emails on that day was signed by a member of the development staff, indicating that they were at their desk reviewing the numbers and personally reaching out before heading home. To finish it all off, we tacked on a one-day match extension to give people a chance to donate if they “snoozed through Giving Tuesday,” featuring a playful image of two cats sleeping. 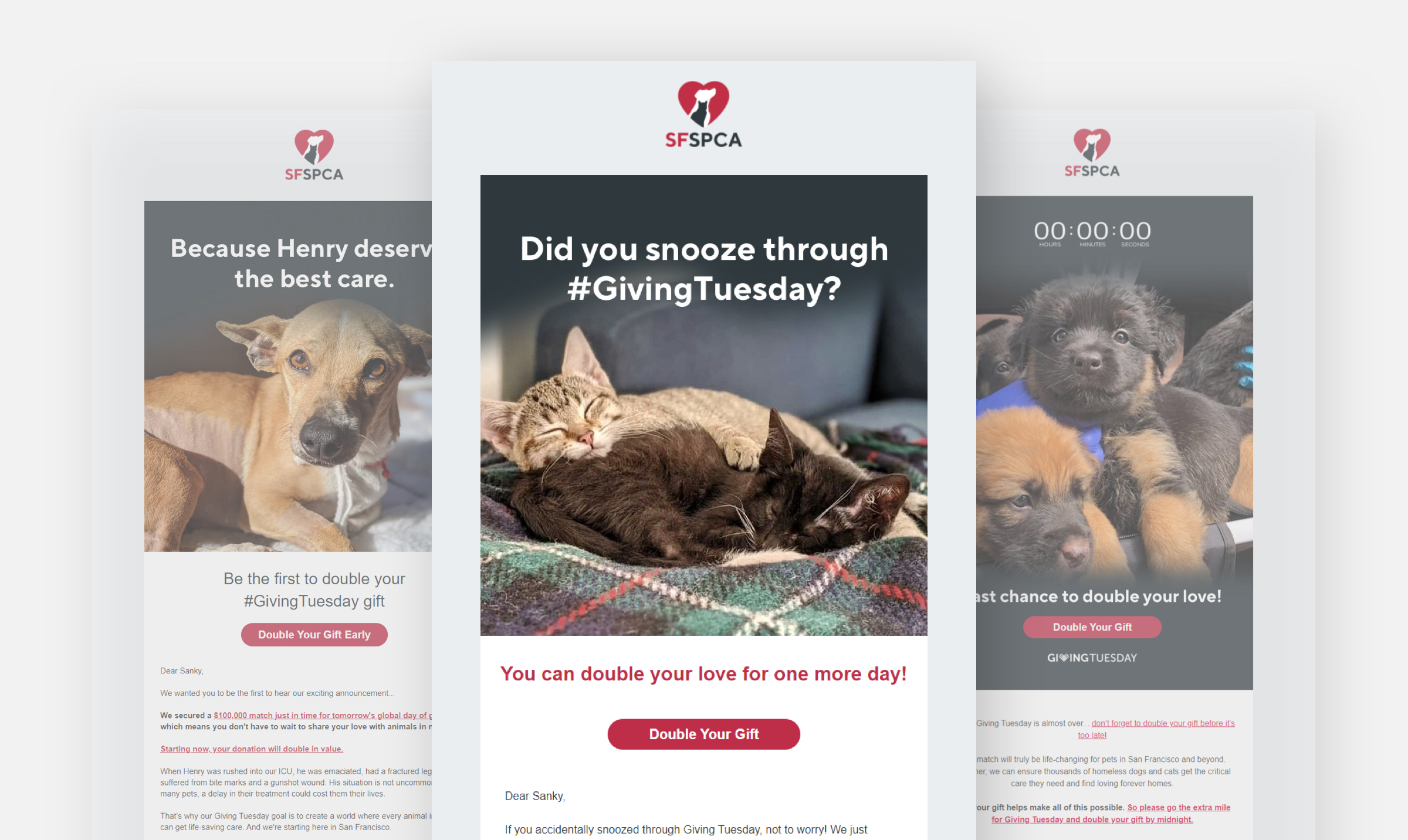 Through this variety of signers and messages — sent strategically before, during, and after Giving Tuesday — we maximized our reach and impact on the global day of giving. These strategic decisions paid off in a big way, generating $237,029 from 1,595 gifts for the SF SPCA. As far as we’re concerned, this campaign couldn’t have been more purrrrfect.

A massive thank you to our industry peers for recognizing our work as being worthy of the Best Digital Campaign title, and congratulations to all of our fellow winners!

We won big at the DMFA Awards!