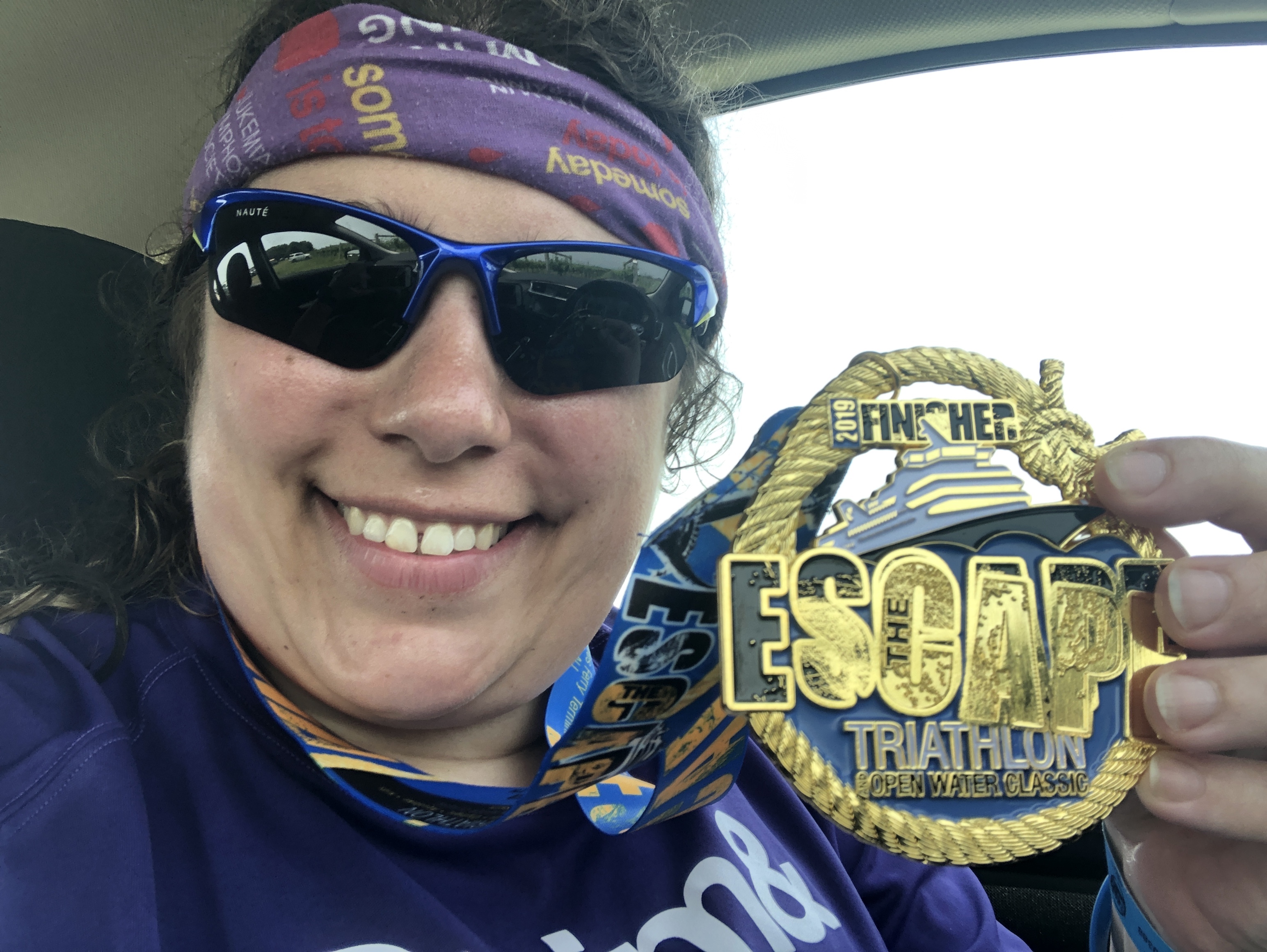 Welcome to the Sanky Spotlight, where we shine a light on the talent we have at Sanky. For over 45 years, we have succeeded because of our staff of trailblazing fundraisers — who are not just invested in what fundraising looks like today but what it could look like tomorrow. This month, our spotlight is on Account Executive Carline Czaja.

On one of her first days at Sanky, a coworker told Carline that the woman she replaced was “really good at her job.” Since then, Carline’s goal has been for someone to speak that highly of her work. And if anything, her work already speaks for itself!

If you saw our blog post about our recent DMFA win for Best Digital Campaign for San Francisco SPCA’s Giving Tuesday campaign, then you’ve seen some of Carline’s incredible work. She serves as the account executive for SF SPCA, as well as for The Leadership Conference on Civil and Human Rights, their partner org All Voting is Local, and Women’s Sports Foundation. Carline recognizes the award-winning SF SPCA campaign as one she is especially proud of but also says, “I am proud of any effort that makes a positive difference for our clients and for the world.”

Carline has worked in the nonprofit sector for over a decade, joining Sanky over three years ago after working in peer to peer fundraising. When her mom got diagnosed with MS, she started fundraising for walks, which led to her fundraising for other events like marathons and triathlons — work she still does in addition to her full-time role at Sanky. Eventually, she started doing peer to peer work with nonprofits. “After years in the space, I realized my favorite part was strategizing about fundraising and the inspiring communications and techniques to encourage people to fundraise,” she says. “At that point in my career, I wanted to be a consultant so I could work with a number of nonprofits on their goals and strategic direction.” Through research on agencies that do the kind of work she wanted to do, she found Sanky and instantly knew she wanted to be a part of this team.

Carline is a great fit here. In our Town Halls, she asks well-thought-out and interesting questions, and the whole company benefits from her curiosity. Most importantly, though, the people who work with her every day sing her praises. Account Project Manager Melissa Marino says, “She's a great boss, and I've learned so much from her over the last three years. We have this telepathy-like thing where we know what the other is going to say or think at any given moment, which comes from a solid working relationship. The biggest thing I've learned from her is client relations and how to communicate and present yourself to clients. I've also further developed my project management skills by watching her.” And Vice President of Accounts and Strategic Services Julie Ziff Sint says, “Carline is dedicated, passionate, and a hard worker. I am also impressed that Carline works on a constant process of self-improvement, and really takes all feedback to heart.” 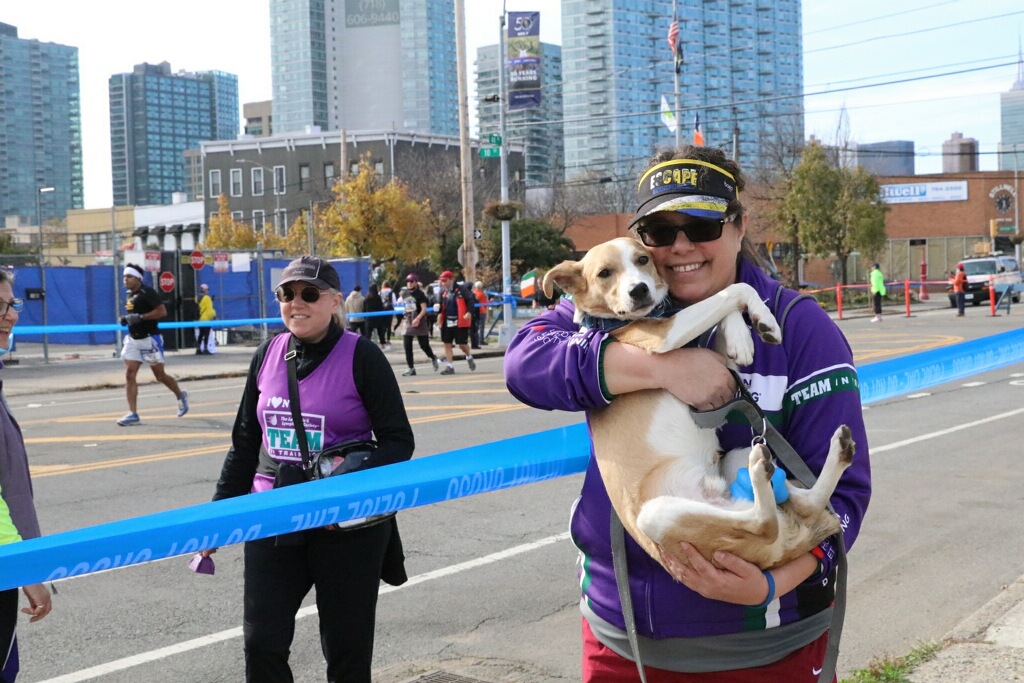 Outside of work, Carline is an endurance athlete. She’s participated in five triathlons, two marathons, and a number of other running events. She’ll be running her second NYC marathon (and third marathon overall) in November. She loves spending time with her dog, Dasher. They’ve been doing some agility training, but they also like exploring all the different parks NYC has to offer. During the nonprofit busy season, spending time with Dasher is a big way she practices self-care. Her other self-care practices include taking a break from her computer whenever possible, spending time with her friends and family, and watching TV. Carline loves TV. Her Halloween costume last year consisted of references to four different sitcoms! Melissa says, “When we're not talking about clients, usually one of us is making a reference to an episode or line from Friends.” 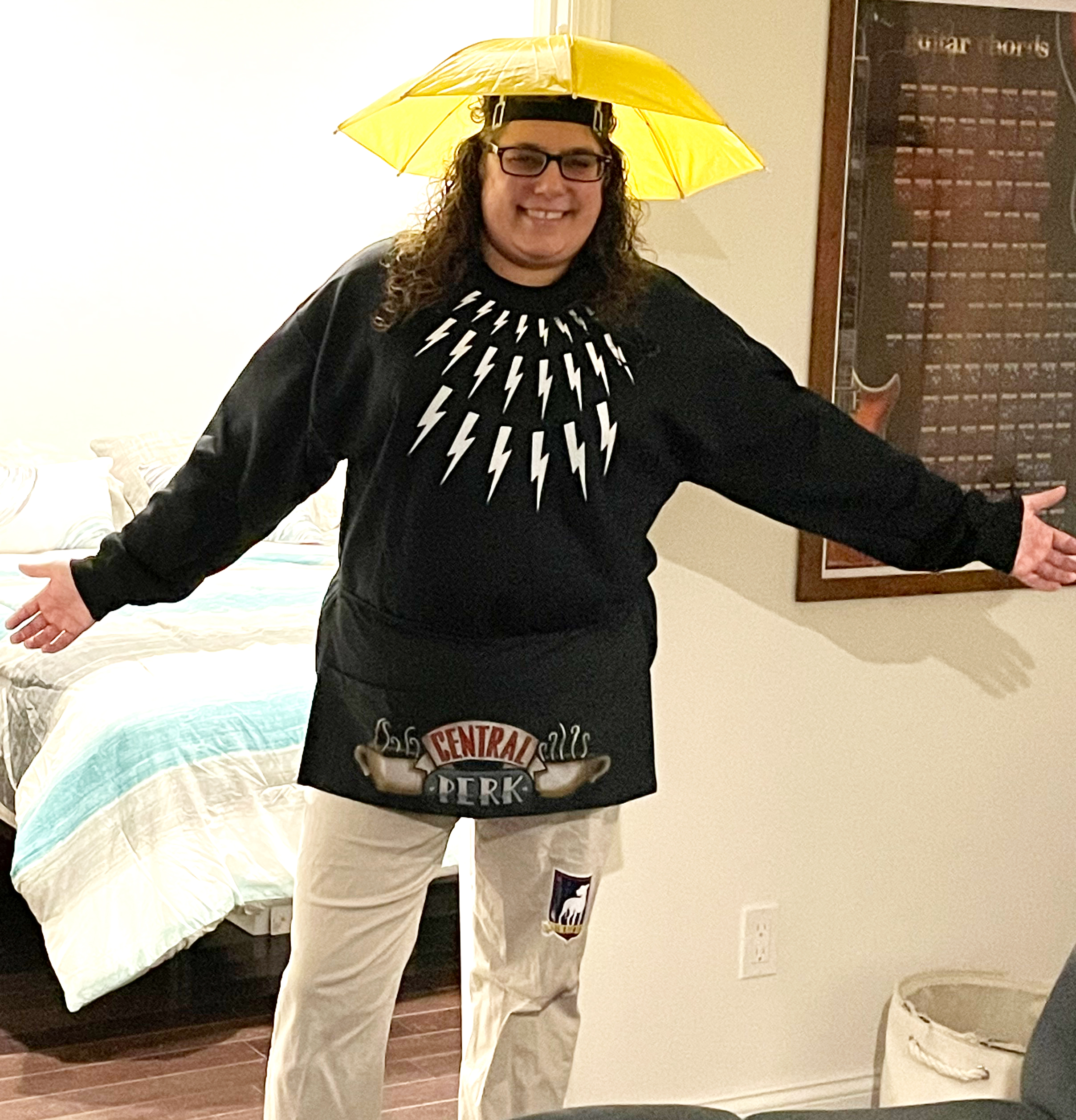 When asked about Carline, Julie also shared a story about an email she received. “In the spring, I got an unsolicited email from a client with the subject line ‘Carline rocks!’, where the client said (among other things), ‘She is gracious, patient, strategic, and generally really good at her job.’” Sounds like Carline has already achieved her goal of someone saying she is “really good at her job,” but knowing her, that won’t stop her from continually trying to improve.

If you’d like to know more about Carline’s work, she’ll be presenting alongside Senior Designer Luis Cepeda at the DMFA Meet the Winners lunch on September 29th. And if you can’t make it to that, keep an eye out for a future blog post about the event.

A day in the life of a Sanky intern