Change five things about your appearance. We’ll wait. Now change ten more. Do you think you can do it? We dare you to try.

That’s what the Sanky staff was asked to do at the end of our recent all-staff retreat in Catskills, and in all honesty, we kind of groaned at the task. Changing our appearance 15 times seemed impossible, but one of the facilitators of the retreat, Brenda Reynolds, assured us, “I’ve never seen a group who couldn’t do it.” What we didn’t realize was that we were being tricked into learning a lesson about transformation.

For the last 45 years, Sanky Communications has survived because of its ability to transform. To give you a brief history, Sanky Perlowin founded Sanky Perlowin Associates (which became Sanky Communications in 2006) out of her apartment in 1977. In 1980, Sanky hired Harry Lynch. Tragically, a few months after Harry was hired, Sanky was diagnosed with cancer and passed away after a grueling four years. Harry and the rest of the original cohort fought to keep the company going despite many people’s belief that they would be unable to. As he told us at the retreat, someone was once even caught on a hot mic saying, “Those poor people trying to keep the company going… they’re never going to make it.” Four decades later and we’re still here.

The Sanky business model has changed a few times over the decades. Many of us learned for the first time that the company hasn’t always just done fundraising. In the past, we’ve done PR for our non-profit clients and even done small event work. In 1997, we launched into the digital sphere, well before anyone knew what the internet would become. We created our first client website in 1998, which was a major building block for the company we are now. We have always done what we have needed to, to not just survive in an ever-changing landscape, but also to best serve our clients. We embrace change rather than fight against it, and doing so makes us better at our jobs. 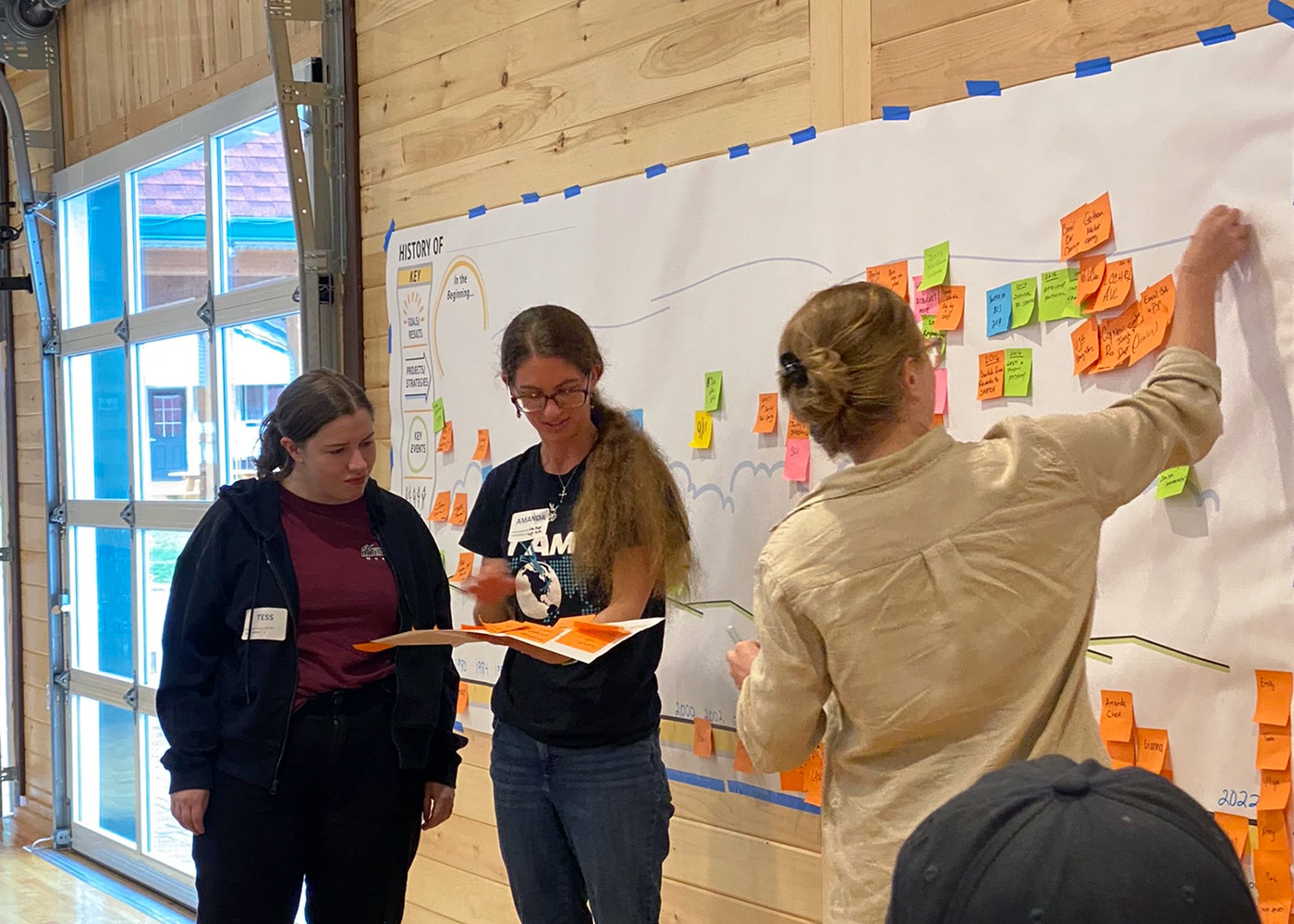 When the pandemic hit in March 2020, Sanky — like most companies — went temporarily fully remote. Fast forward two and a half years, and we’re now permanently fully remote with staff all over the country. Until our recent retreat, a lot of us hadn’t ever met each other in person. Spending time and sharing space with each other was a big reason for the retreat, but as a company, we also had some questions we needed to answer. What do we want the future of the company to look like? Now that we aren’t all in the same place, how do we build the company culture that we want? What even is the company culture that we want? To find those answers, we looked to our past. Brenda, along with the other facilitator, Jessica McCoppin, asked us to call out behaviors and values that we wanted to leave behind as we once again transform our company into something different — something better.

Shedding what we didn’t want made it clearer what we did want, and after a lunch break where we got to spend time with each other as people — not just coworkers — we set forth on our journey of naming that future. We were divided into three groups that moved through three different stations: Values, Behaviors, and Communication. Each station had a collection of phrases and words that Brenda and Jessica pulled from a pre-retreat survey we did and from the work we had done earlier in the day. We were also able to add new values, behaviors, and communications if we thought of something important that wasn’t already written down. As we cycled through the stations, we joined together similar ideas and pinpointed which ones we thought were most important to the company culture we wanted. And then we came together as a whole group and talked through what mattered most to us.

After that, as our exhaustion was starting to set in (hence the aforementioned groans), Brenda and Jessica asked us to pair up with someone, look at them, turn away from each other, and change five things about our appearance. We thought the game was to see if we could notice what changes our partners had made, but then we were asked to — you guessed it — make 10 more changes to our appearance.

By the time we had made 15 total changes, we all looked ridiculous… but we were also transformed into different versions of ourselves. Some of us were shoeless. Some of us were covered in the Post-It Notes we used for other activities throughout the day. Some of us looked around to see what others were doing for inspiration. We let ourselves get uncomfortable, we used our resources, and we made tiny changes that built up to be massive transformations. And not a single one of us recognized that until it was pointed out to us.

When you’re in a process of transformation, it can be difficult to see the big picture. Transformation is an overwhelming concept, but it’s something we’re all doing, all the time, for better or for worse, intentionally or not. If you spend all your time thinking about the idealized end goal, you may never get there, but if you make a series of small changes set in the direction you want to go, letting yourself get uncomfortable, learning from those around you, and using your resources, you will move closer to your goal. Not every change will be perfect — you may need to course correct some — but part of transforming is learning what works and what doesn’t. Change in a specific direction can’t be philosophical — it needs to be active. Which leads to this…

This is far from a perfect or even finished list of values, and we’re still figuring out what this will look like tangibly, but as a company, we also decided we want to celebrate our successes more. So as of now, this is where we are in our process, this is the direction we’re moving in, and this is what we are expecting of ourselves, as a company and as individuals.

It’s also imperative to shout out DIG, our Diversity and Inclusion Group at Sanky, where we discuss what it means to do the work we do, especially within the non-profit industrial complex. As an agency that fundraises for non-profits, our goal is to help our clients make the world better, but we also understand that we live within capitalistic, white supremacist, and patriarchal structures, and in order to do our work ethically, within a society that is dependent on those structures, we need to be aware of them and actively working to dismantle them, both in our thinking and in the way we approach fundraising. DIG played a huge role in bringing in Brenda and Jessica to help guide us toward a new company culture. If you’d like to know more about the topics we discuss in DIG, check out our blog about Community-Centric Fundraising.

Here’s to a new era of Sanky! 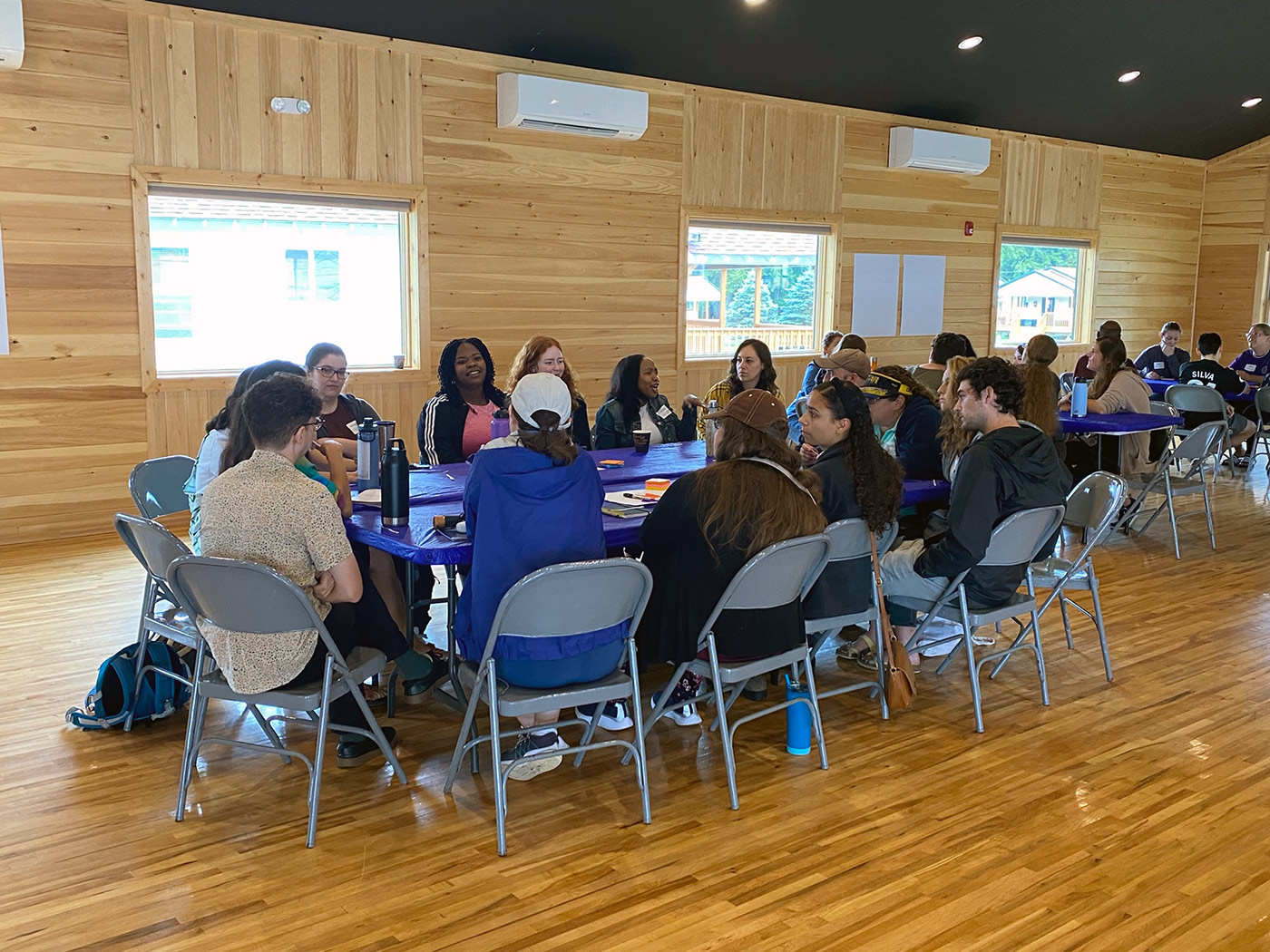 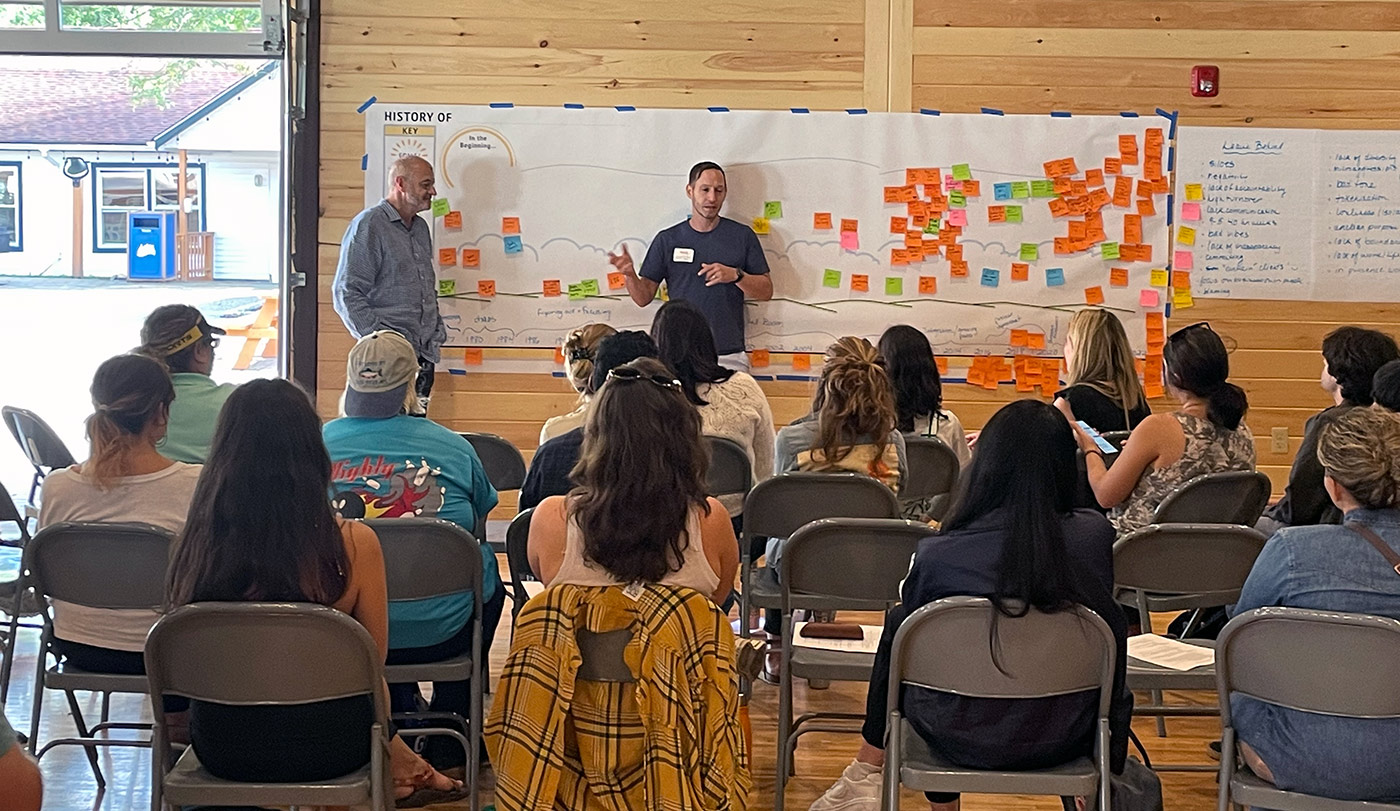